Lianna is a second generation Ukrainian Canadian theatre artist. Lianna has enjoyed a diverse career working as an actor, creator, instructor, and artistic producer. Her main artistic ventures have been as an Artistic Associate and Producer with Pyretic Productions. Lianna has managed audience outreach and communications for several Edmonton arts festivals. And she co-founded, manages, and teaches at a children’s summer theatre camp, Spark! Youth Camp, which provides affordable arts education to youth in Edmonton’s Alberta Avenue Community. She is the playwright and principle performer in Blood of Our Soil, which won the ACUA-URDC Award (2018), the inaugural Rena Hanchuk & Yaroslav Kitynskyy Artist Award (2018), and was nominated for four Elizabeth Sterling Haynes Awards (Edmonton’s premiere theatre awards), including Outstanding New Play and Outstanding Production. Lianna was recognized as a Top 30 Under 30 Artist by the Alberta Council for Ukrainian Arts. Lianna is a graduate of the BFA Acting Program at the University of Alberta.

Blood of Our Soil
Blood of Our Soil is the story of Hania, a Canadian woman, who often reflects on fond memories of summers spent with her beloved Baba. After a chance discovery allows her to gain new insights about her Baba’s struggles during WWII, Hania is compelled to gain a deeper understanding of both her personal and cultural history. Hania’s search for answers brings her to the edge of the ongoing war in Eastern Ukraine. Here she meets the people and sees the places touched by war, and finally confronts the truths of her Baba’s past.

Blood of our Soil was nominated for four Elizabeth Sterling Haynes Awards, gives voice to the people whose lives have been affected by the frozen conflict in Eastern Ukraine, Europe’s current “forgotten war,” where current Russian aggression has killed more than 10,000 people, and displaced millions. The play is inspired by the experiences of the playwright’s grandparents who fled Ukraine during WWII, and the true accounts of people interviewed in conflict zones in Eastern Ukraine. 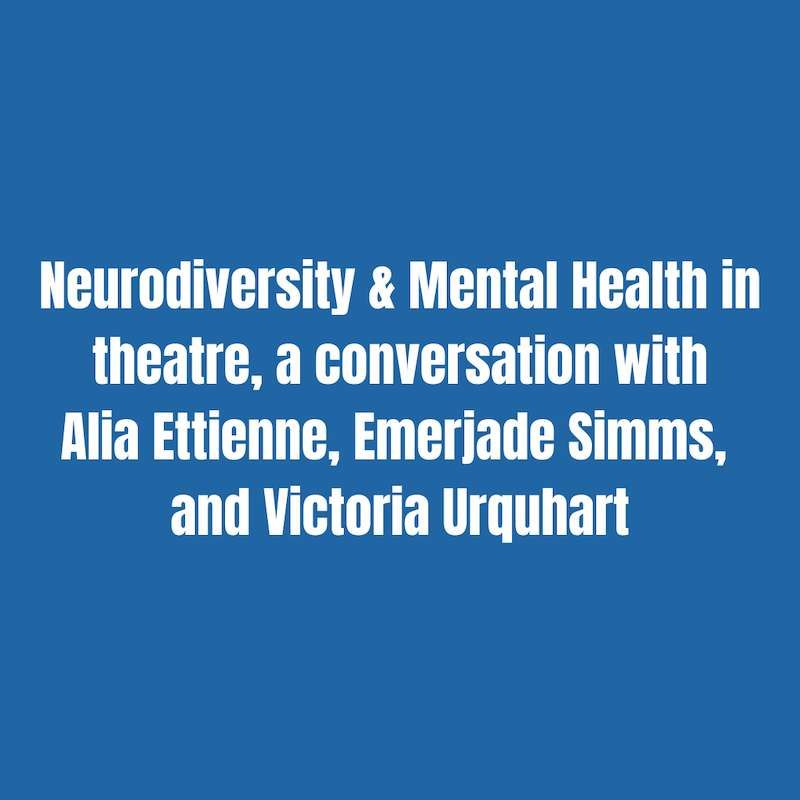 @EldritchTheatre: Just had a great conversation with our "Castle Crew" @ericwoolfe @adriannap and @RosemaryEDoyle talking about Eldritch Theatre + RED Sandcastle past/present/future with @stageworthypod - looking forward to sharing our ideas with #theaTO community https://t.co/IuoSVTgVXT

@DavidSRudin: anyhow, a reminder of what Toronto's budget looks like #TOpoli https://t.co/365QOPOF6T

This week, playwright and director, Erin Jones. Erin is the writer of Time Limits Dropped on Easter Sunday, presented as part of the Toronto Fringe. https://t.co/mnYgYByb4z #TheaTO #FringeTO https://t.co/tjIN0uOXPs